What is a Cowan?

It is first mentioned in the opening of the Lodge. Many modern dictionaries have definitions and as an example Chambers 20th Century Dictionary states:
COWAN, [‘Kow’an] (Scot) n, a dry-stone diker: a mason who never served an apprenticeship: one who tries to enter a Freemason’s lodge, or the like, surreptitiously. [origin doubtful]

A simple search shows there is a lot of information on the Internet. The History of Freemasonry by Robert Freke Gould is one authority but many refer or quote from Albert G. Mackey’s National Freemason Vol II October 1872 to September 1873.  He writes that a Cowan is a purely Masonic term and signifies an intruder.

He states that it is not found in any of the old manuscripts of the English Masons before the eighteenth century but does occur in an old Scottish manuscript by William Schaw in 1598. William Schaw was the King’s Master Mason and Warden General to the craft. He drew up a code of trade regulations, customs and a code of conduct that Scottish masons followed. These were known as the Schaw Statutes. In the following passage he writes: “That no master nor fellowcraft receive any Cowens to work in his society or company, nor send none of his servant to work with Cowens.”

It is first introduced into English Freemasonry in James Anderson’s book of Constitutions published in 1738 at the request of the Grand Lodge of England. James Anderson was a Scottish Mason and a member of the Lodge of Aberdeen so perhaps he knew all about Cowans:  “but free and Accepted Masons shall not allow Cowans to work with them, nor shall they be employed by Cowans without an urgent necessity and even in that case shall not teach Cowans but must have a separate communication.”

Mackay cites Dr. John Jamieson’s Etymological Dictionary of the Scottish Language of 1808 for the meaning of the word:

“Cowan, s. 1. A term of contempt; applied to one who does the work of a Mason, but has not been regularly bred.”

“2. Also used to denote one who builds dry walls, otherwise denominated a dry-dyker.”

“3. One unacquainted with the secrets of freemasonry.”

Jamieson gives several examples of his authority for his meaning which can be easily looked up on the internet.

Mackay concludes that tracing the derivation of the word has given Masonic scholars much trouble but he has little doubt that the word, as a Masonic term, comes to English Masons directly from the Operative Masons of Scotland, among who it was used to denote a pretender.

In the eighteenth-century speculative Masons used the word as part of their ritual to denote the irregular or uninitiated which still applies today. So a cowan is really only a person who is not a Freemason! 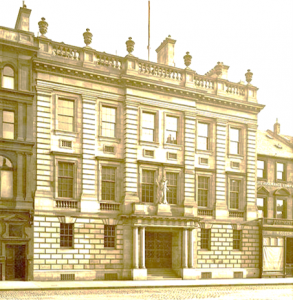 SCFS-Showcase
As of the 1st April 2022 the total identifiable monetary value of the contributions now recorded has risen to £2,075,514 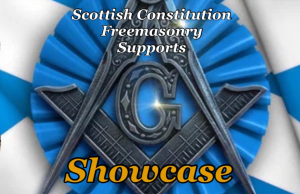 Grand Lodge of Scotland –
Make it a Million 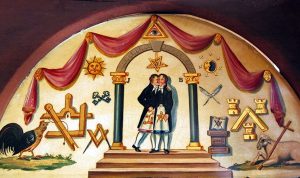