The Laying of the Foundation Stone at Kelso Town Hall 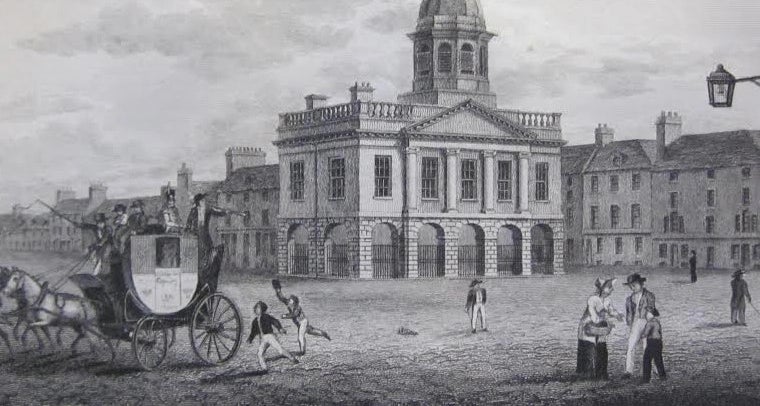 Extract from the minute book of the old Lodge of Kelso 58 dated 20th March 1816,

“The Brethren met previous to the hour appointed for the laying of the foundation stone..”

“…so the Brethren might receive the aid of their musical talents…”

At the close of the meeting the Brethren left the Cross Keys, where they had held the meeting, and formed up in the following order:

The Incorporated Trades of Kelso, the Operative Masons at the work headed by the Foreman carrying a Mallet, the Town Officers of Kelso to clear the way, the Gentlemen of the Committee appointed for the building of the Town Hall, a Steward of the Lodge with a Rod, a Brother with a Trowel, the Apprentices carrying the Compasses, a Steward with a Rod, the Visiting Brethren, Deputations from Jedburgh Lodge, Jedburgh St Andrews and Lodge Bowmont, Past Masters, Past Master William Elliot Superintendant of the Building with the Plans, the Band of the Berwickshire Militia, the Treasurer with a bottle containing the medals to be laid under the foundation stone, the Wardens, the Bible carried by a Brother and the Right Worshipful Master.

The whole assembly then proceeded

“…through the Square, down the Wood and up the Horse Markets to the site of the new building…”

The Right Worshipful Master deposited a bottle in the aperture in the stone which contained silver and copper coins of King George the 3rd, the Kelso Mail, the Kelso Journal and the Edinburgh Almanack.

The Lodge having subscribed £50 to the building fund the Bailie of Kelso, John Smith, affixed the following preamble to the subscription list,

To this day Freemasons of Kelso still exercise this privilege by holding a Regular Meeting once a year in the Town Hall. 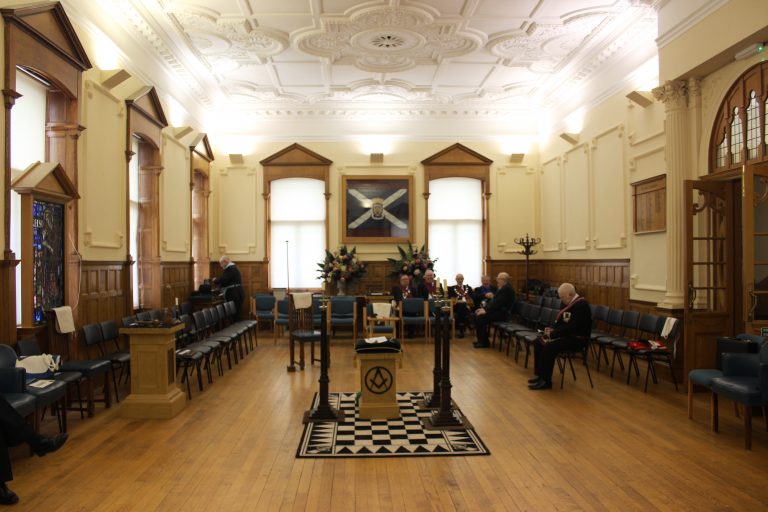