At the Regular Meeting of the 15th April 2015 plans were presented for the new upper floor layout. In summary, the partition wall would be removed to create a dual purpose room with the bar and kitchen area on the east wall and the Lodge East at the opposite end. Also presented to the Brethren was the survey from Peter Cox Ltd for the damp proofing of the cellar. The plans for the new layout and the work on the cellar were unanimously accepted by the Brethren.

The work commenced on the cellar the following week and was completed by the end of that month. Work on refurbishment, which was carried by a team of dedicated Brethren, continued throughout the summer months with the unexpected removal of the ceiling which was not in the original plan. After postponing our first Regular Meeting in September the new Lodge Room was finally opened on the 21st of October 2015. 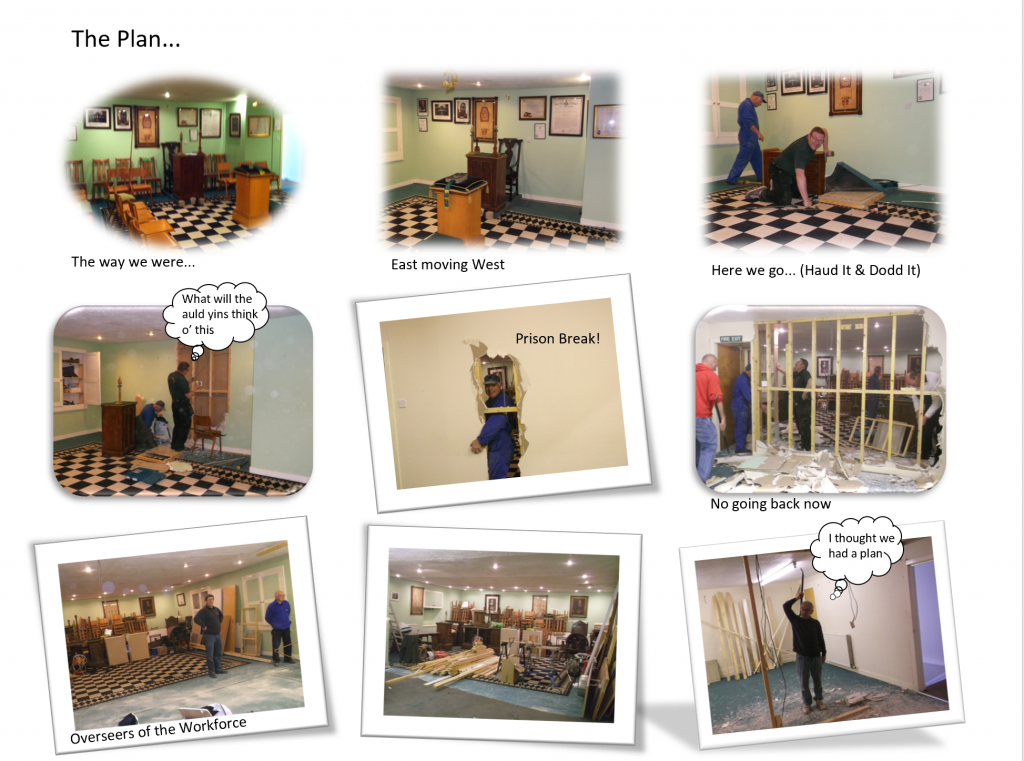 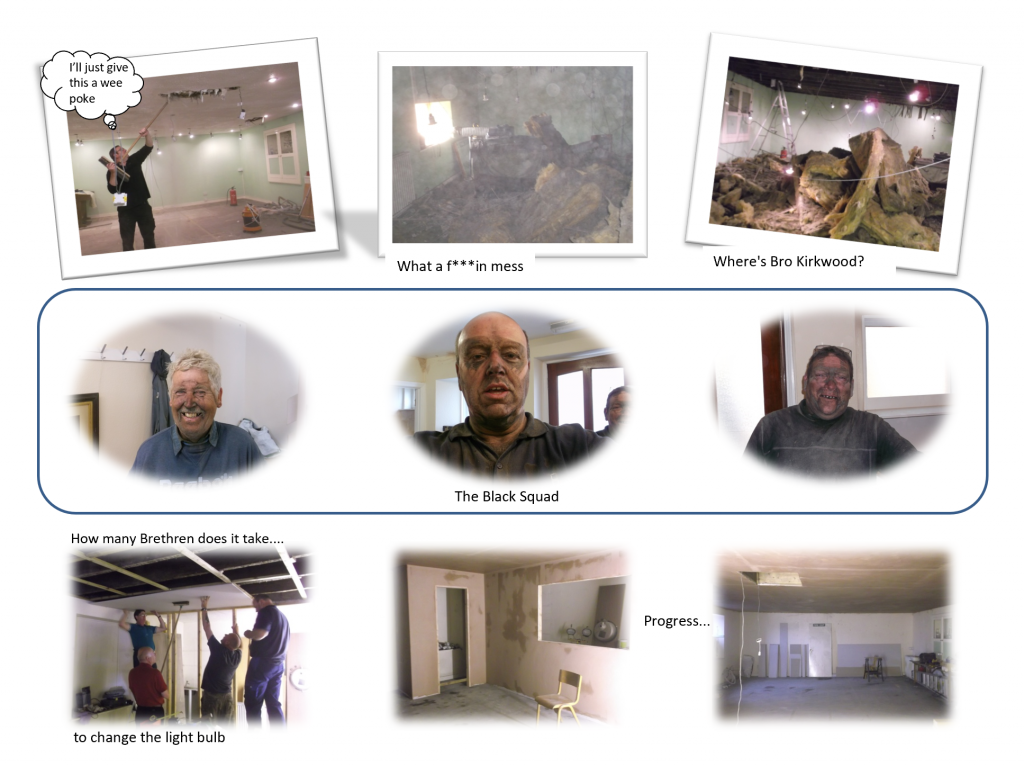