The History of Kelso's Mark Tokens

When the two former Lodges amalgamated in 2011 we were left with a dilemma of what to do with the existing Mark Tokens as both Lodges had significant stocks of their unique tokens. At that time it was decided to keep both tokens and pay “double wages” to the craftsmen. Nearly ten years on we have exhausted our stocks and will soon be striking a new token that represents our amalgamated Lodge. We will be considering the creation of a set of enameled tokens which will please those enthusiastic collectors.

Although the old Lodge of Kelso No. 58 has minutes showing their existence prior to 1701, the Lodge’s connection to the Abbey at Kelso has often been speculated to be linked to the stonemason’s Lodges from its foundation in 1128 although there is no evidence to that claim.

So perhaps the choice of the Kelso Town Hall for the face of the token may seem incongruous. But the Town Hall like the Abbey played a significant part in its history and its influence in the town as documented in “The Laying of the Foundation Stone”.

It wasn’t until its 175th anniversary in 1991 that the Tweed Lodge of Kelso No. 261 struck it’s first unique token. The decision to use Kelso Abbey and the Rennie Bridge over the River Tweed seemed an obvious choice. The abbey, like the old Lodge of Kelso No. 58, linked the Tweed Lodge to the craftsmen of former times. Naturally the River Tweed was always going to picture on the token as its name suggested.

Ironically several of the Lodge’s Bards had previously waxed lyrically on our connections with the River Tweed, One Bard in particular penned  that Lodge ” Tweed shall be Tweed while Tweed runs to the sea”. 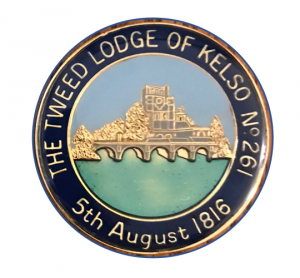 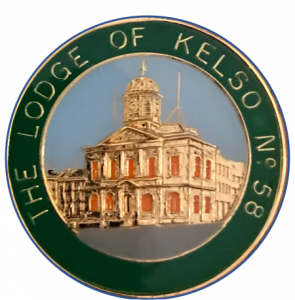 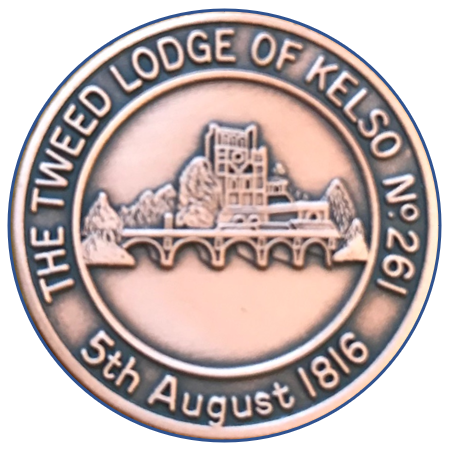 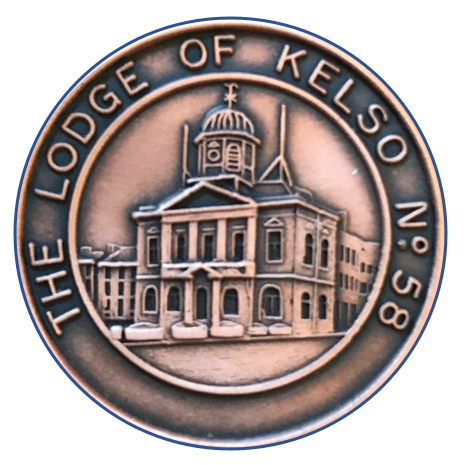 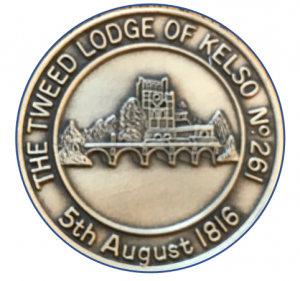 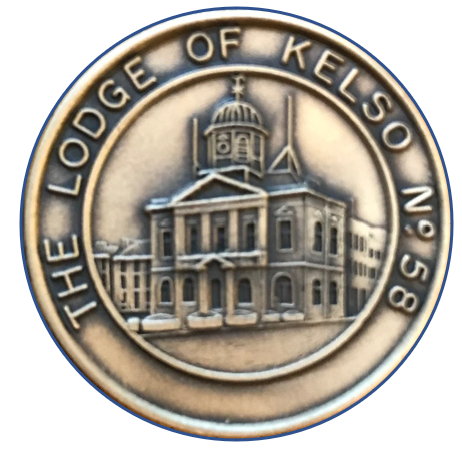 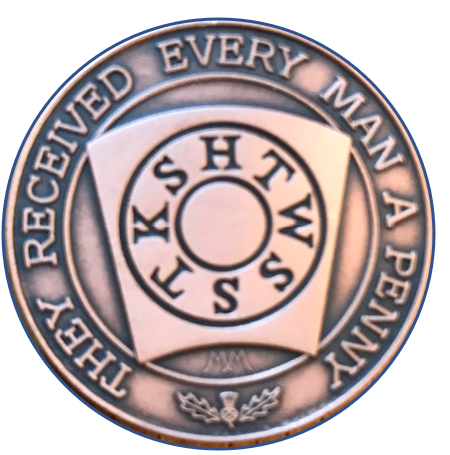 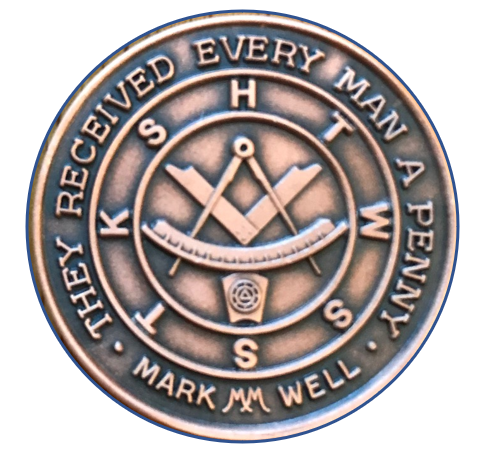