The Brethren met this morning in the Lodge Rooms at 7 o’clock and were joined by Brethren from Lodges St John’s Berwick-on-Tweed (St David’s 393), St John’s Hawick, St John’s Coldsteam, St Abbs Eyemouth, Dalkeith Kilwinning and Dunbar Castle. After opening in the first degree the Lodge adjourned to Shedden Park and were then marshalled behind the other Public bodies who were assembled to walk in procession and to welcome Her Most Gracious Majesty Queen Victoria to Kelso. After walking thro’ the principal streets the Brethren were moved to the front and placed next to the Entrance Arch and so had the honour of being the first to testify their loyalty and hearty welcome as Her Majesty entered the town. The Lodge was thereafter closed in due form and refreshment provided for and partaken of the different deputations, all going happy as the marriage bell.” 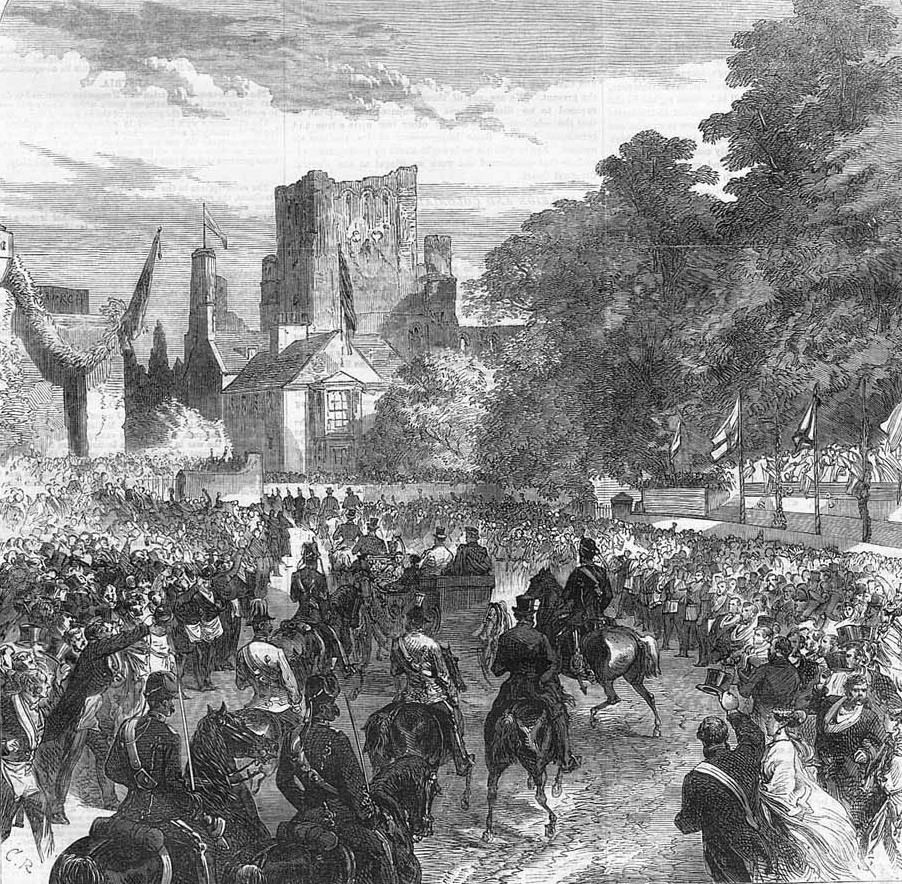 The Lodge members can be seen at the front of the crowds wearing their aprons, sashes and jewels. Below is the note from the Minute Book  listing regalia the Brethren were entitled to wear for the occasion. 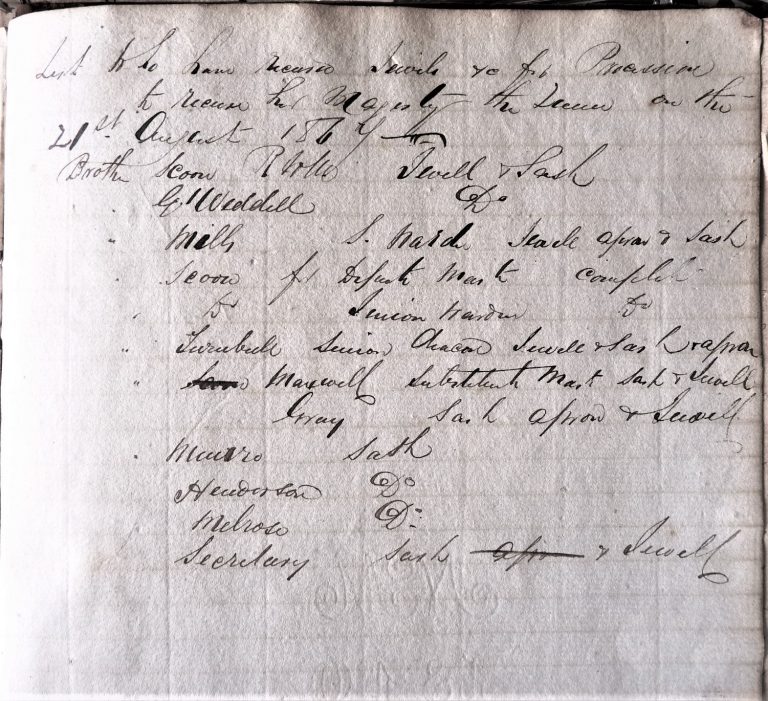 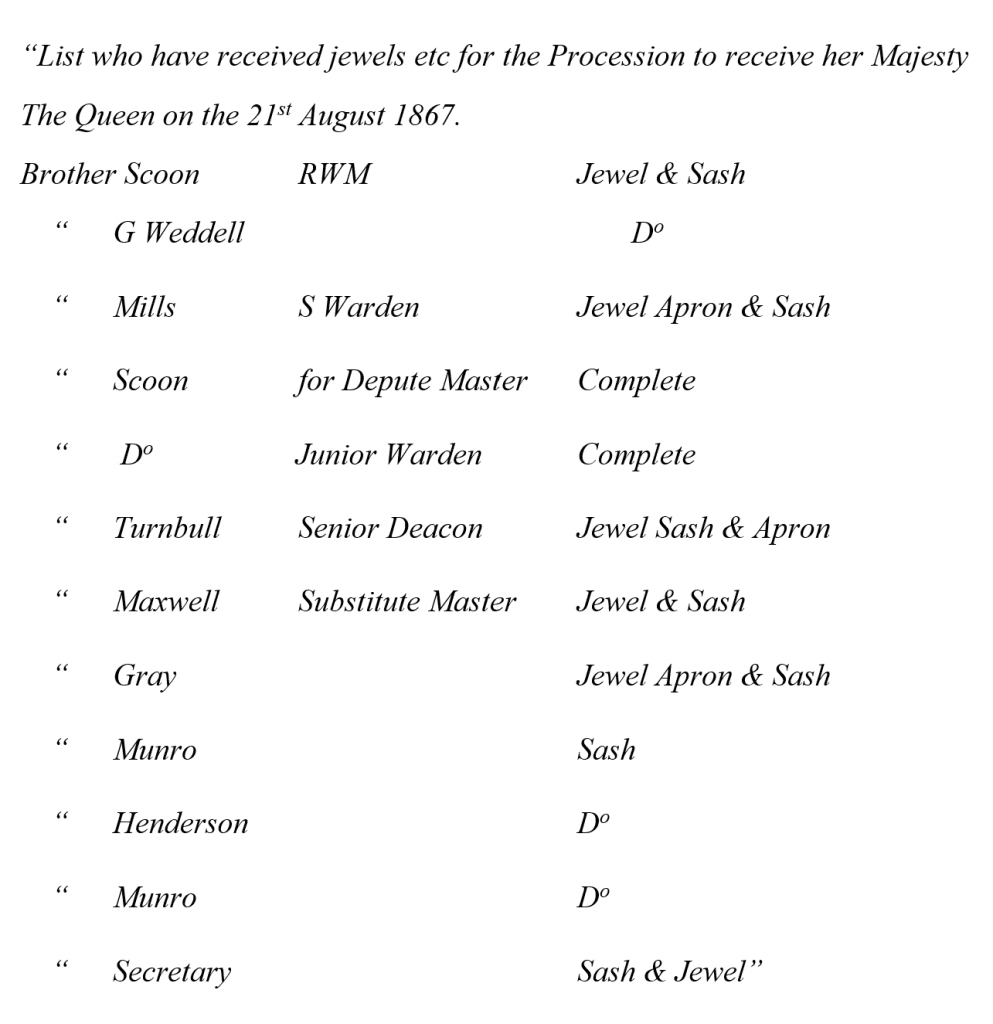