The Laying of the foundation stone of the Thomson Memorial - 1819

The first report in any newspaper currently available in a digitized version of either of the two Kelso lodges is in the Newcastle Courant of Saturday, 3rd July 1819 which is a report of the ceremony of the laying of the foundation stone for a monument to the memory of the Scottish poet James Thomson.

James Thomson was a son of a Scots clergyman Thomas Thomson and Beatrix Trotter Thomson of Berwickshire, and was born on September 11, 1700 in Ednam and died aged 48 on 27th August 1748 in London.   Thomson is best known as a poet and playwright, with The Seasons and The Castle of Indolence being his best known works.  He is also credited with the authorship of the lyrics of “Rule, Britannia!”.    The Seasons published as a complete work in 1730  was an extremely influential poem, and stimulated works by Joshua Reynolds, John Christopher Smith, Joseph Haydn, Thomas Gainsborough and J M W Turner.  A German translation of The Seasons was used by Haydn for his oratorio The Seasons.

It’s not known if James Thomson was a Freemason but it would not have been uncommon at that time for the laying of a foundation stone to be undertaken with full Masonic ceremonial and honours.   There is no mention in the Lodge minute book of The Tweed Lodge of Kelso No 261 of any preparation for, or participation in the ceremony, but there is a record of the ceremony in the minute book of The Kelso Lodge No 58, from where it would appear that The Tweed Lodge was represented.   It would therefore seem that the reporter was unable to distinguish between the two Kelso lodges as the participating lodge is identified as Kelso Tweed!

“Monument to the Memory of Thomson. Thursday – the foundation stone of the monument to be erected to the memory of James Thomson, the immortal author of the Seasons, was laid the Right Worshipful Master, John Rutherford, of the Kelso St John’s Lodge assisted by numerous deputations from the Hawick, Jedburgh St John’s and St Andrew’s Lodges, the Beaumont, Tweed, and Galashiels Lodges and number visiting members from other brethren from other lodges.   The brethren convened in the Town-hall, Kelso, at one clock, and walked from thence in procession to the spot, accompanied by a band of music. After the Masonic ceremonies were gone through, an appropriate prayer was offered the Rev Robert Lundie, minister of Kelso, and they returned in the same order to the Town-hall, where they dined.” 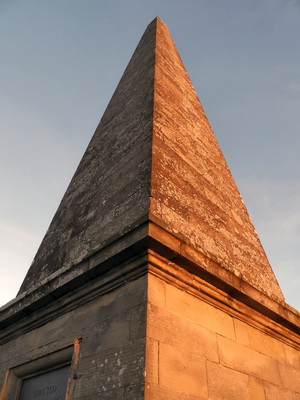 Extract from the Minute Book 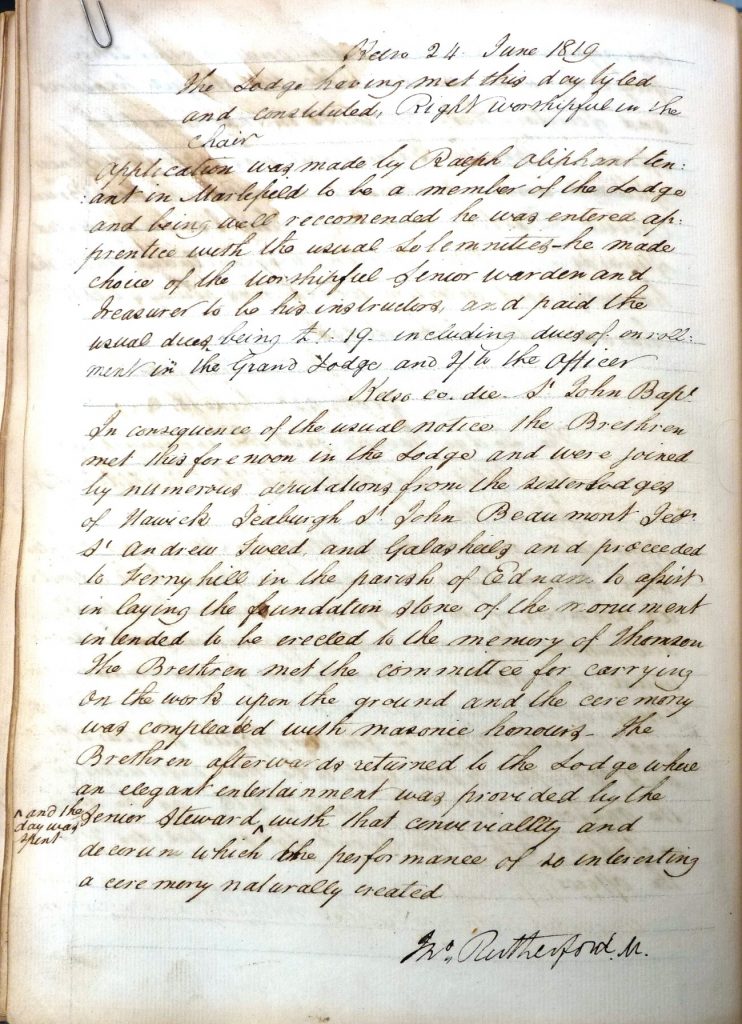 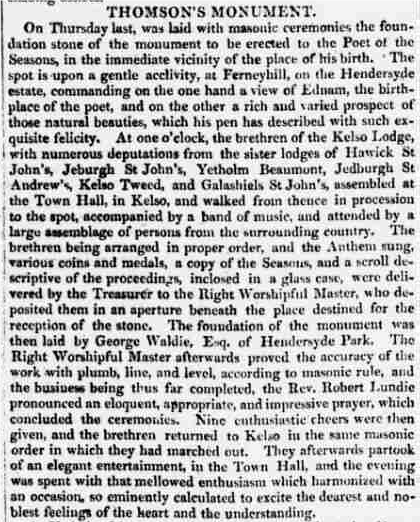 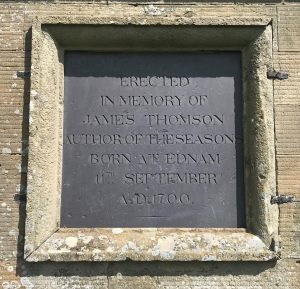